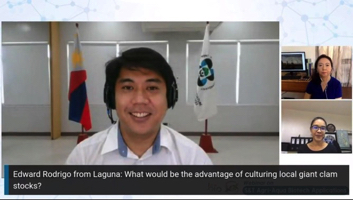 Five projects on biotechnology were spotlighted in a webinar organized by the Philippine Council for Agriculture, Aquatic and Natural Resources Research and Development of the Department of Science and Technology (DOST-PCAARRD). The webinar was held in celebration of the 17th National Biotechnology Week (NBW).

In his message, DOST-PCAARRD Executive Director Reynaldo V. Ebora said the webinar “aimed to raise awareness and understanding about the Council’s supported initiatives on biotechnology applications and their potential contribution to the economy and the agriculture, aquatic and natural resources sector.”

Dr. Leni G. Yap-Dejeto of the University of the Philippines Visayas-Tacloban College presented the potential of Philippine mussels as source of food-grade glycogen extracts and laboratory-grade glycogen that can be used for cosmetics.

Meanwhile, Dr. Cecilia G. Conaco from the Marine Science Institute of the University of the Philippines Diliman shared the “Genetic Approaches to Support Giant Clam Mariculture and Conservation.” She discussed the ongoing conservation efforts for giant clams, which serve as habitats for various marine life. She also reported the transcriptome assemblies that the project team has generated for all the eight giant clam species in the country.

Ms. Irene A. Papa of the University of the Philippines Los Baños also shared the accomplishments of their project team in her topic, “ACTICon for Control of Panama Disease in Cavendish Banana.” ACTICon™ reportedly increased the yield of Cavendish by up to 113% and the survival rate from 75% to 94% against the Panama disease. 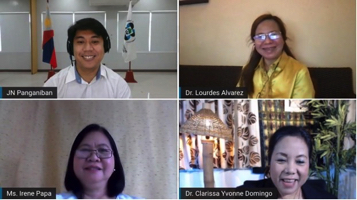 The total registrants of the webinar accounted for more than 400 individuals who were mostly students from local and state universities across the country.