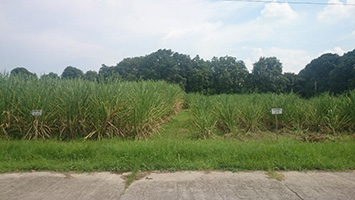 Irrigation continues to be an important aspect in crop production. However, the unstable water supply for agriculture calls for an efficient use of irrigation water, among other measures. Achieving sustainable food production amidst concern for water availability in agriculture, remains to be a challenge.

This challenge in sugarcane production has been addressed by a project of the Central Luzon State University (CLSU) titled, “Comparative study of subsurface drip and furrow irrigation systems for improving sugarcane yield and water productivity.” The project aims to increase sugarcane yield by 30% through the use of smart irrigation technologies. It is funded by the Philippine Council for Agriculture, Aquatic and Natural Resources Research and Development of the Department of Science and Technology (DOST-PCAARRD) through its Industry Strategic S&T Program (ISP) on Sugarcane.

Results of the study was presented during the Terminal Review of the program, “Boosting the sugarcane industry through smart farming and processing techniques,” organized by the Agricultural Resources Management Research Division (ARMRD) of PCAARRD.

Subsurface drip irrigation (SDI) also showed potential in increasing sugarcane yield. SDI uses drip tubes or drip tape buried under the soil to supply water to the crop. Water is directly supplied to the crop’s roots and not the soil surface.

In a survey prior to the conduct of the study, sugarcane yield was higher at
80.6 tons cane per hectare (TC/ha) with irrigation compared with 62.5 TC/ha without irrigation. Furrow irrigation is commonly used in irrigated farms.

The project studied furrow and SDI as well as farmer’s practice.

Average crop height at 12 months after planting (MAP) was highest in furrow irrigation at 388 cm, followed by SDI at 330 cm, and control at 225 cm.

Water savings of crop produced from both furrow irrigation and SDI was at 61.78%, while 40.99% water savings was recorded from ratoon crop production.

According to the project team led by Dr. Armando N. Espino, Jr. of CLSU, furrow irrigation is recommended when water is readily accessible and labor is cheap. Meanwhile, SDI can be recommended where water is limited.