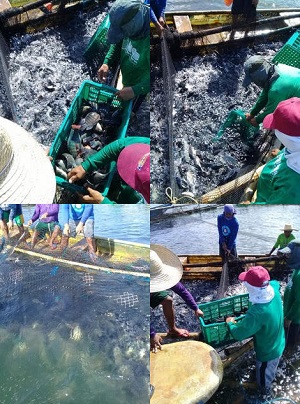 Fish farm growers-cooperators of the Philippine Council for Agriculture, Aquatic and Natural Resources Research and Development of the Department of Science and Technology (DOST-PCAARRD) reported their daily harvest of 50-60 tons of tilapia and milkfish that can support the freshwater fish needs of Metro Manila and CALABARZON.

According to Mario G. Balazon, Board Secretary of the Taal Lake Aquaculture Alliance, Inc. (TLAAI), the supply of tilapia from Taal Lake continues to be abundant, as tilapia fingerlings were recently restocked.

“Our tilapia and milkfish harvest can be our significant contribution to food security of Metro Manila and CALABARZON or Region IV-A,” Balazon said.

This development was seen following the resumption of fish farm operations more than three months after the Taal volcano eruption in January 2020.

TLAAI members and Talisay, Batangas residents were among the beneficiaries of DOST-PCAARRD’s support during the Taal Volcano eruption. 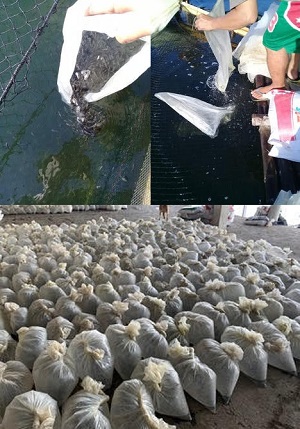